Written by Katie on December 1, 2009. Permalink 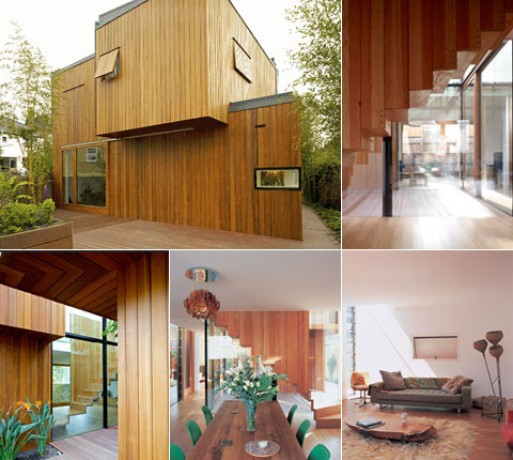 A Grand Designs episode was on the other night featuring two eco houses squeezed into a rather narrow plot in South London. The plan was to build two identical homes, selling one to finance the other in hopes of living mortgage free. Even though the owners ended up way over the original budget (as most builds do on the show), the outcome was spectacular. Despite the small footprint, the use of oblique windows and skylights opened up the space and maximized light, all while maintaining a keen sense of privacy. Plus, seeing as the home owner was also the owner of a joinery/carpentry firm, he was able to construct the houses himself alongside his team, and, as a result, the craftsmanship was impeccable. It was altogether inspiring. If you’re planning on building on a small plot of land, you might want to check it out.