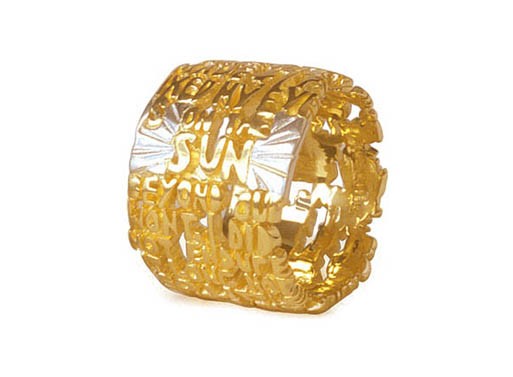 I simply cannot believe that I haven’t posted this yet. The ring (in size 7.5 only) has the text from The Divine Comedy of Dante Alighieri, Canto I of Paradiso, translated by Charles S. Singleton.

â€¦And even as a second ray is wont to issue from the first, and mount upwards again, â€¦thus of her action, infused through the eyes into my imagination, mine was made, and I fixed my eyes on the sun beyond our wontâ€¦I did not endure it long, nor so little that I did not see it sparkleâ€¦ –