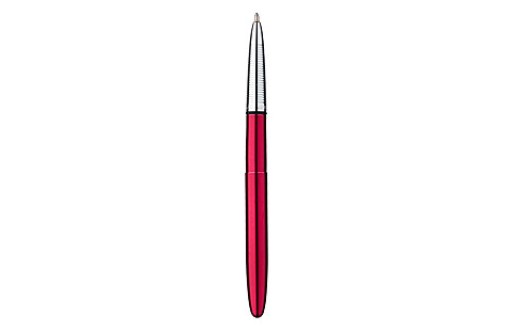 For your favorite aspiring astronaut, this pen will write upside down, under water, over grease, in freezing cold, boiling heat, and in outer space; each pen is supplied with a black ink medium-point specially designed pressurized ink cartridge.

When astronauts first began space travel they used pencils, but the leads sometimes broke and became a hazard by floating in the capsule’s atmosphere where there was no gravity. They could float into an eye or nose or cause a short in an electrical device. In addition, both the material composition of the pencils could burn rapidly and was considered hazardous.

The Fisher company spent over one million dollars trying to perfect the space-worthy ball point pen. Get yours for significantly less.