Here’s a fantastic wall mount faucet under the $200 level. 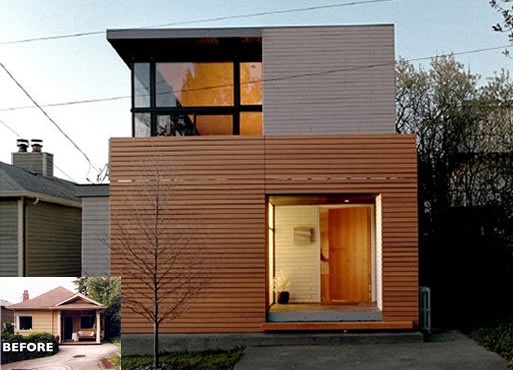 Check out this amazing renovation of the Cavehill house by architecture firm Eggleston Farkas. When you live somewhere where the land is worth a lot more than the house, then having an architect-designed home becomes a somewhat viable option.

You know you’re in trouble when you like the looks of a jail more than you like your own home. 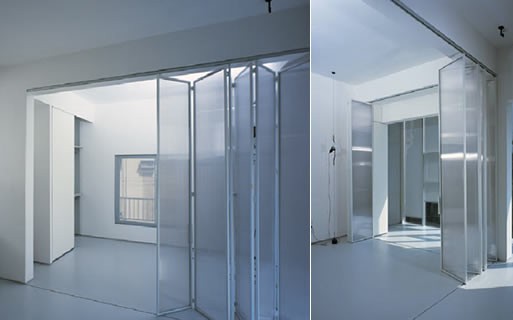 U flat by Paritzki Liani architects

The multi-purpose ‘white cube’ home has movable walls so the home this 576 square foot home can accommodate a guest room and an extra bedroom for when the owner’s daughter comes to stay on weekends.

Sometimes a huge fantastic door can really make a statement on the right wall, as well as allow for creating a large ‘movable wall’ in tight spaces. For instance, this wall conceals a full bathtub where there’s not enough walking space for a walk in bathroom.

This remodel of a 500 square foot home in Houston’s third ward shows that you can really take an old space and make it modern. As part of a Rice Architecture building program, Nonya Grenader and Danny Samuels inject life into this old home and create one large space by ripping out all the walls and making a functional core containing electrical and the bathroom in the center, with a kitchen and ‘bedroom’ on the outside of the core.

Functionally, this bears a great resemblance to Mies van der Rohe’s Farnsworth House, which also has a central functional core containing both the electrical and the bathroom, with the kitchen and bedrooms along the perimeter of the core.

Looks like Tumbleweed the Tiny House Company has just added a modern structure to their catalog. You can buy the plans for this 392 square foot home for only $495. 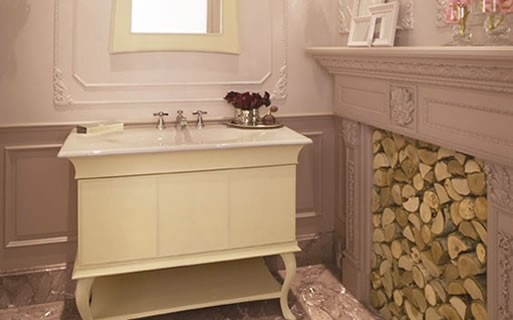 I’m not sure if you’ve had the distinct displeasure of getting an estimate for repairing a non-working fireplace, but let me tell you, it’s more than you probably care to spend. I know it’s certainly more than I care to spend. Anyway, this post started out being about bath planning (hence the photo via Kohler featuring the Provinity vanity), but then I found this fantastic image of a non-functioning fireplace filled with fire wood. 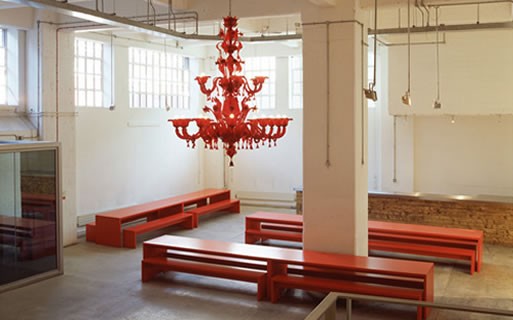 Here’s another inspiring interior project from Studio Ilse. It’s an interesting juxtaposition between both industrial and ornate, and stark and colorful.

Suzanne wallpaper from Marcel Wanders by Graham and Brown

This wallpaper is pretty fantastic.

Recessed lighting transforms rooms into modern spaces because unlike a traditional fixture, it doesn’t break the ceiling space, but instead provides a nice consistent light throughout the room. 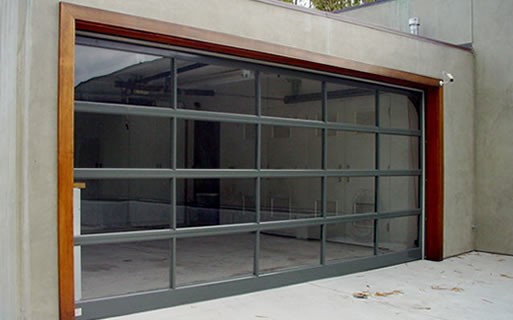 BP Glass Garage Doors has a wide selection of glass options for modern garage doors that is worth checking out if you’re looking to remodel your garage. 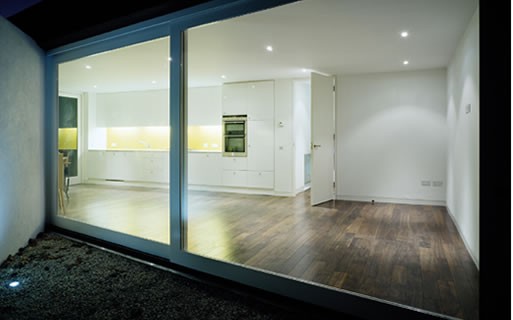 I was perusing the lovely Below the Clouds today and came across the portfolio of ODOS architects. The Thor Place is heartbreakingly beautiful. It is so modern and simple with an amazing use of space. 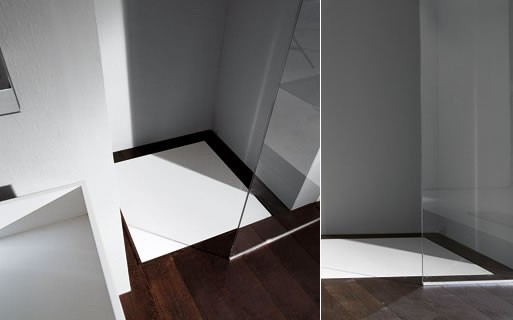 This shower is slimline and amazing. The drain is hidden under a Corian panel.

I just found these fantastic cantilevered stairs over at stairporn.