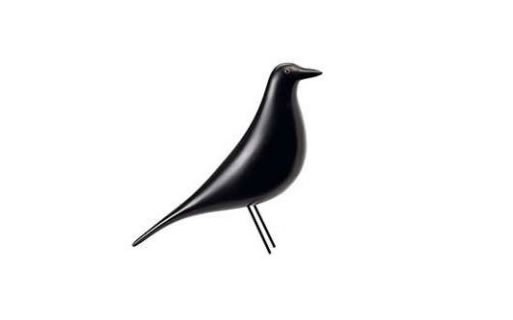 “Charles and Ray Eames liked to surround themselves with traditional craft objects from around the world, which they collected on their extensive travels. One of their favourite objects was a bird made of black painted wood that was produced in the Appalachian Mountains at the beginning of the 20th century. The figure accompanied them from the 1950s onwards and can be seen in many photographs of the Eames’ living room. Based on the original artefact and in cooperation with the Eames Family, Vitra is now producing the first series of this figure.”