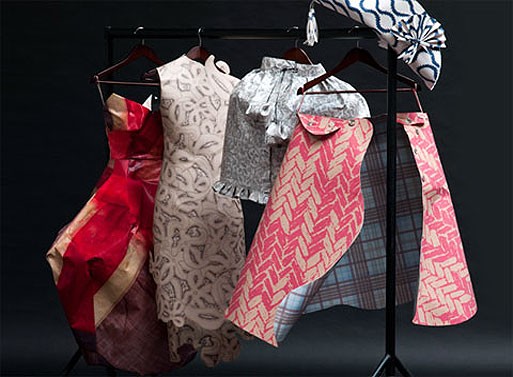 Fashion designer extraordinaire Vivienne Westwood is known for her punk and rock-influenced clothing (she has ties to the Sex Pistols, helped Sandra Bullock look like a million bucks, and was the designer of choice when Sex and the City’s Carrie almost married Big), but she also has a fancy line of wallpaper with Cole & Son. The collection features eye openers like an almost nine-foot-long Union Jack as well as prints inspired by some of her most iconic fashion collections, including 1981’s Pirate collection and 2007’s I am Expensiv collection (wallpaper seen above, second from the left).

Squiggle print from the Pirate collection