Written by Katie on December 6, 2013. Permalink 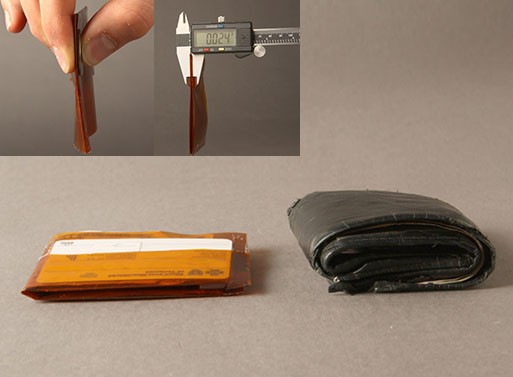 If large, George Costanza-like wallets annoy the hell out of you, you’ll want to check out the Spaceless Wallet. It’s the thinnest wallet available, thanks to a polyimide film called Kapton. That might sound like the name of a neighboring planet of Kripton, but know that it’s used in such things as spacesuits, 3D printers, and flexible electronics and is pretty much indestructible. Pledge $38 to back the project on Kickstarter and you’ll receive one for your very own use.

Back the project over on Kickstarter: Spaceless Wallet.