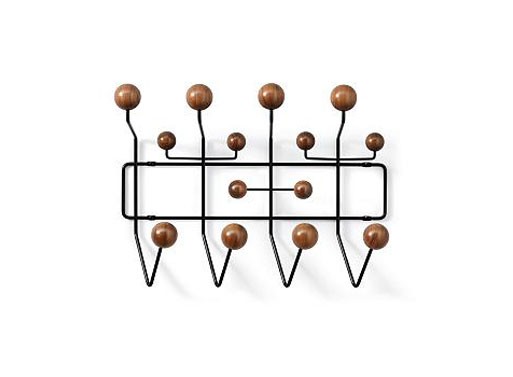 Huh? At first glance I thought this walnut version was very, very wrong, but then it struck me as a brilliant move from Herman Miller, as some of us would perhaps prefer a more subtle take on the normally colorful Hang-It-All. As it will only be in production for a few months (ending early 2011), I’d suggest getting one sooner rather than later.

Update: DWR sold out, but I found one other retailer that has a few (it seems): Stardust.com