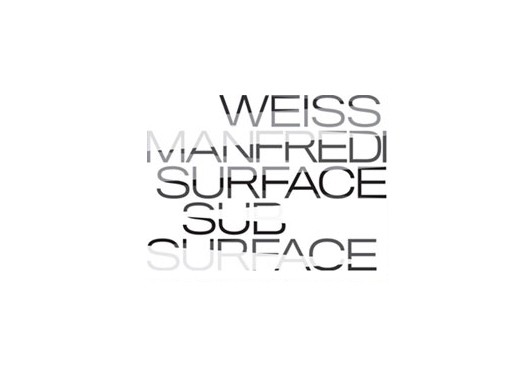 There are only a handful of public spaces that I can think of that inspire awe, probably because most seem to default to a utilitarian outcome rather than lifting the bar to any higher aesthetic. Yet the large scale projects by
Weiss/Manfredi show a different side to this particular architecture. Their interdisciplinary approach can be seen most recently in the completed Olympic Sculpture Park (above right), whose Z-shaped path moves visitors through three different land parcels over a busy street. The way the landscape is involved as the structure, and how that structure surrounds and promotes the activity shows a thoughtful regard for both function and form.

Plus, there’s enough documentation of details, photographs, and drawings to make your head hurt, or at least expand alarmingly with the realization of just how huge some of these projects seem to be.

“For nearly two decades the architecture firm Weiss/Manfredi has practiced outside the traditional boundaries of architecture. Their work with complex sites and programs benefits from an interdisciplinary approach and a dynamic integration of architecture, art, infrastructure, and landscape design. Surface/Subsurface presents nine major projects that have been completed since their first monograph Site Specific, published in 2000.Their design processâ€“exemplary of the best contemporary architectural practicesâ€“reveals potential in subsurface conditions with the goal of generating an entirely new language for the surface.”