Written by Katie on December 4, 2008. Permalink 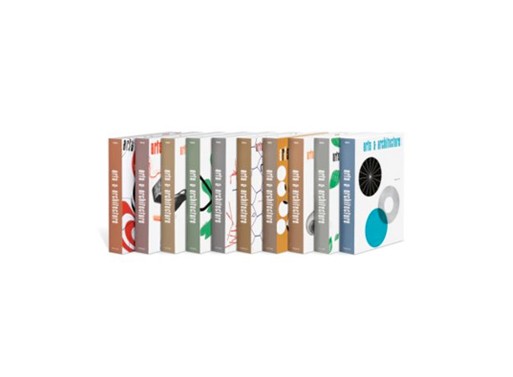 If you’re serious about the history of modern architecture (or know someone who is) you’d be smart to snap up these puppies quickly.

The years between 1945 and 1954 were the high point of American modern architecture and the journal Arts & Architecture was on the forefront of the movement. Under the guidance of editor John Entenza, the publication helped establish the careers of Eero Saarinen, Charles and Ray Eames and Richard Neutra, among many others. It famously initiated the Case Study House Program, which has come to epitomize mid-century modern residential architecture in the United States. Taschen has now compiled and reprinted a limited-edition box set of every issue from the period, in their entirety. The set includes 10 boxes, 118 issues total. With cutting-edge cover design and the photography of Julius Shulman, the set encapsulates the cultural shift in post-war America, telling that story through the architecture of the time. An invaluable window into the essence of modernism, the set was compiled by David F. Travers, A&Aâ€™s editor from 1963 to 1967 and founder of Arts & Architecture Press.

This edition of the Arts & Architecture set is signed by legendary architectural photographer Julius Shulman with the date 10/2008 â€“ the month and year that the set was introduced.
118 issues in 10 boxes.
Each issue: H 10″ W 12.75″