< Back to all ACCESSORIES 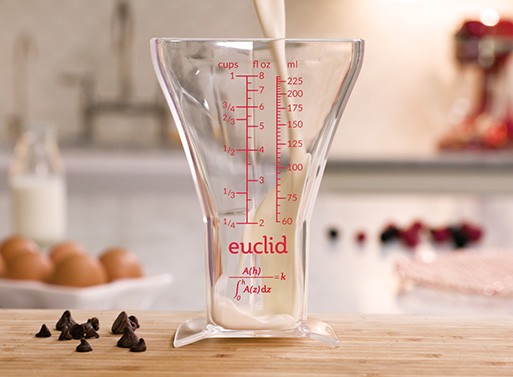 Yes, you saw this Euclid Measuring Cup back in a previous link pack, and now you get to see it again. What’s so special about it? Well, take a look at its funny shape and you’ll see how it’s tapered towards its bottom, and that mathematically optimal design allows for more precise measurements. Small measurements will have the same accuracy as larger ones, which is important for anyone that wants to get recipes just right.
END_OF_DOCUMENT_TOKEN_TO_BE_REPLACED Talk about utilitarian containers, can you get any more robust than stainless steel? These Japanese Steel Containers from HAY will have your food storage needs covered, as stainless steel is ideal for storing and cooling food. It’s also hygienic- a definite advantage in the kitchen, of course.
END_OF_DOCUMENT_TOKEN_TO_BE_REPLACED 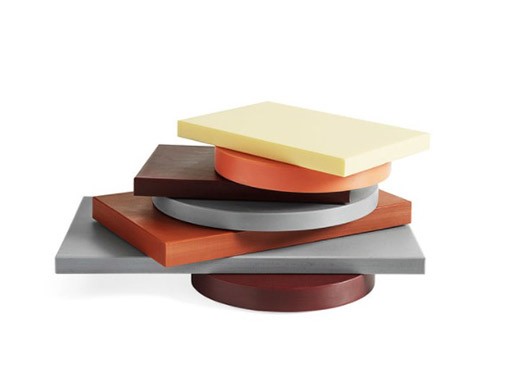 Guys, did you know cutting boards can be fun? As in, not just bright, kindergarten-like-colors, but a variety of pleasant hues in blocky shapes and various sizes? Made from hygienic polyethylene, these boards are extra stable thanks to stay-put dots on their base. Fun!
END_OF_DOCUMENT_TOKEN_TO_BE_REPLACED 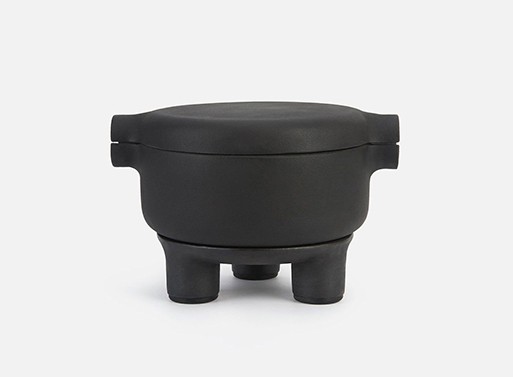 I know next to nothing about cooking, but I sure know a handsome casserole dish when I see one. Made from cast iron (which is very efficient at retaining heat), the dish has a flat base that sits easily on an oven rack or stovetop with a separate stand (and non-slip silicone pads) to raise the dish for tabletop serving. Those of you familiar with the the ancient Chinese tradition of “Ding” will notice that this piece shares some similarities in shape; think of it as a modern update to some of the world’s oldest cookware.
END_OF_DOCUMENT_TOKEN_TO_BE_REPLACED 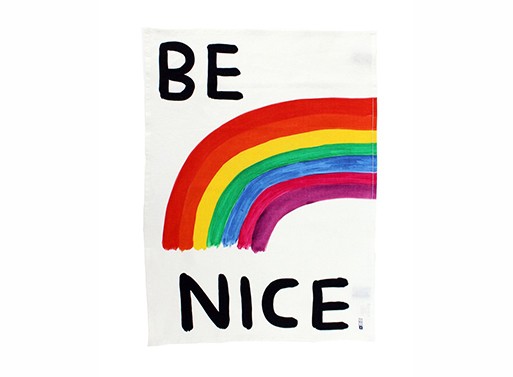 Written by Katie on September 7, 2017. Permalink

It’d be awfully tempting to stuff this tea towel into the mouth of a loud, mean person. Would we get punched in the face? Probably. But, it might shut them up, at least temporarily. And, it’d be hard to be mean when holding a tea towel with a pretty rainbow and the words ‘BE NICE’, wouldn’t it? So, maybe they’d change, as if by magic. After removing it from their mouths, of course.
END_OF_DOCUMENT_TOKEN_TO_BE_REPLACED

Price: $36.00
Available from: Third Drawer Down 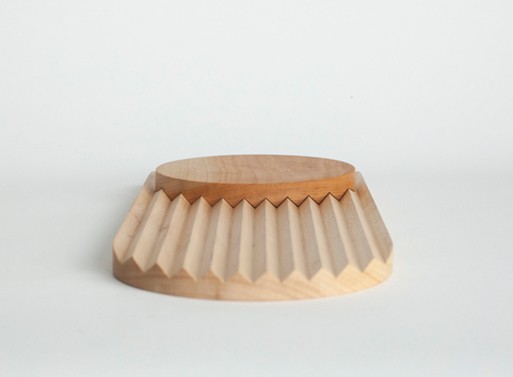 The Zig Zag Cutting Board Set does double duty; use the flat side as a cutting board or flip it around to use the zig zag side as a trivet or serving board. Plus, they’ll stack and store neatly away when not in use. Both pieces are finished with a food safe, homemade all-natural mix of beeswax and oil (a small tin of the wood balm is included). Nice, huh?
END_OF_DOCUMENT_TOKEN_TO_BE_REPLACED 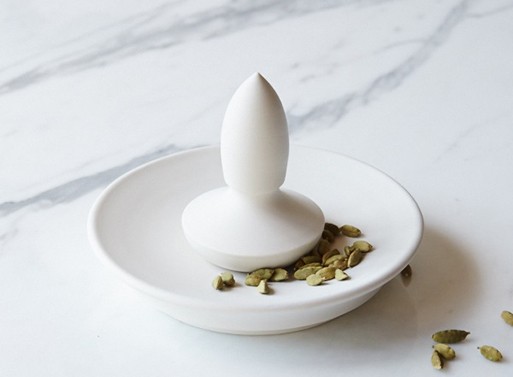 Mortar and pestles are sculptural kitchen necessities, so they’re often found out on the countertop. Now, this particular Porcelain Spear Mortar & Pestle would be an absolute shame to hide away, because it’s plainly beautiful. It’s a functional object, to be sure, yet its elegant curves add just a hint of decoration. The white unglazed porcelain is effective for grinding spices and won’t get in the way of your minimalist tendencies.
END_OF_DOCUMENT_TOKEN_TO_BE_REPLACED 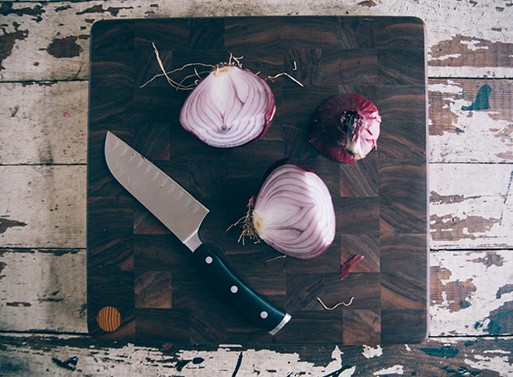 These end grain ButcherBlocks are very durable; the design allows you to cut in between the fibers of the wood instead of across them like most cutting boards. This makes for easy maintenance and a very long lifetime, which are two important features for any cutting board over the $100 mark.
END_OF_DOCUMENT_TOKEN_TO_BE_REPLACED 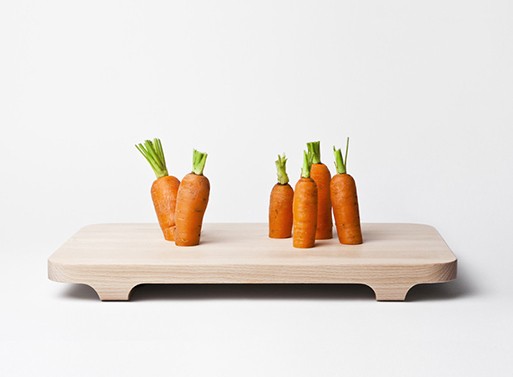 A lovely cutting board, is it not? And it’s got an accompanying Canot Kitchen Brush especially suited to “scrape, scrub, clean and cut” those fruits and vegetables that are oh-so-good for that body of yours. Maybe with both the cutting board and brush you’ll be more inclined to fit those fruits and veggies into your daily meal planning. It’s worth a shot.
END_OF_DOCUMENT_TOKEN_TO_BE_REPLACED 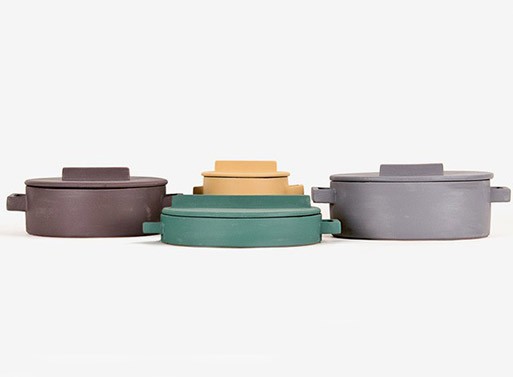 Colorful cookware? Sure, why not? Sambonet’s Terra.Cotto Piral designs are “recognized as the highest quality terracotta cookware in the world able to withstand temperatures ranging from 250° C to 280°C in an oven or a microwave.” The materials are eco-friendly, so they’re a smart and easy addition to your collection of saucepans and pots.
END_OF_DOCUMENT_TOKEN_TO_BE_REPLACED 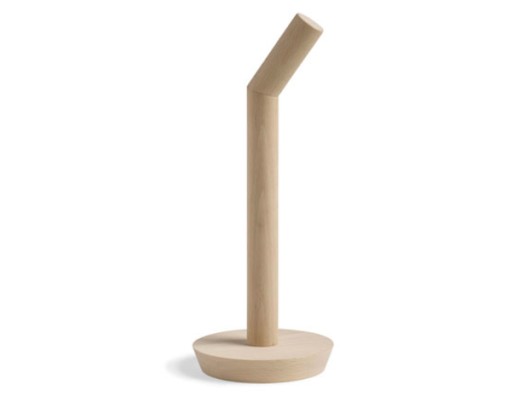 If you saw this sitting on a kitchen counter, would you immediately know what it was? Probably not, especially if it wasn’t wearing the item it was designed to hold. Yep, it’s a paper towel holder, quite possibly the only one that doesn’t offend a design snob. The top of the rod bends to lock in the paper towel roll; the bent top also functions as a handle.
END_OF_DOCUMENT_TOKEN_TO_BE_REPLACED 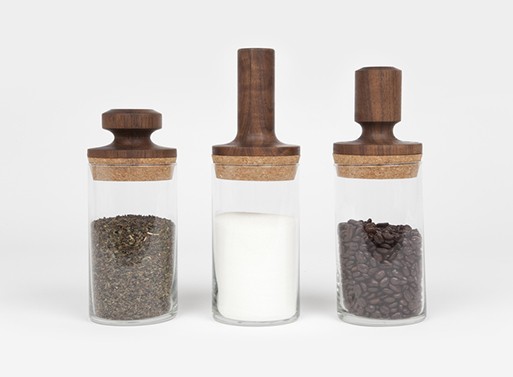 Written by Katie on February 7, 2017. Permalink

If you are quite particular about storage containers, you may just want to snag a couple of these Dry Goods Vessels from Fort Standard. They feature large cork stoppers with turned hardwood handles, so your dry goods in the kitchen will stay appropriately dry. Choose between short, medium, or tall toppers, or get a full set (one of each) and receive 10% off.
END_OF_DOCUMENT_TOKEN_TO_BE_REPLACED 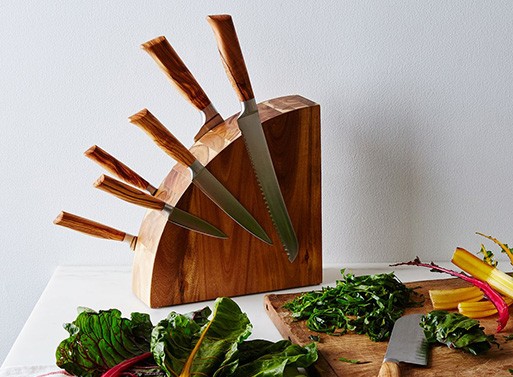 This pie-shaped wooden block holds knives in place on both of its sides, so you can line up your whole collection within easy reach. Note that you could place it against your backsplash to save room or even use it as a bookend for your cookbooks. So, now to decide, do you prefer Acacia wood or walnut?
END_OF_DOCUMENT_TOKEN_TO_BE_REPLACED 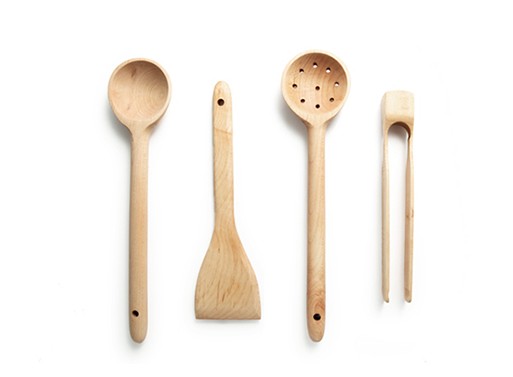 Did you know that the closed grain of maple wood will not absorb any flavors or bacteria? That makes it an excellent material for cooking utensils in the kitchen, and looky here, here’s a set that includes a spatula, spoon, straining spoon, and tongs- what more do you need? Each piece in this set is hand carved from a block of locally-sourced wood in an Indiana workshop.
END_OF_DOCUMENT_TOKEN_TO_BE_REPLACED 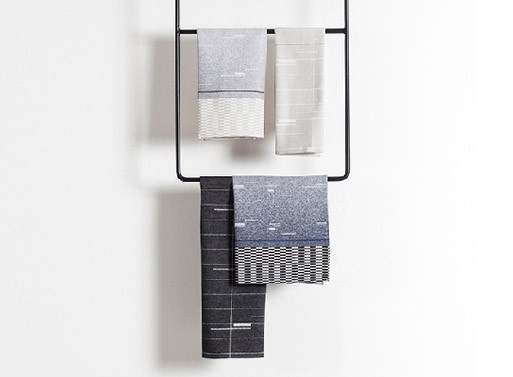 Do you like your tea towels modern? If so, turn your eyes towards Mae Engelgeer’s collection with their graphic lines and subtle gradients. Maybe one is all you need, or maybe get a few so that you’ll always have one on hand (to use and display, of course).
END_OF_DOCUMENT_TOKEN_TO_BE_REPLACED