< Back to all Tabletop I think maybe I posted this collection a while back (and if I didn’t, it’s gotten plenty of well-deserved attention from other sites) but now I’m bringing it to your attention again since I recently ran across a retailer. Each teapot is individually handmade in the Czech Republic from fine borosilicate glass (which is superior for its high temperature resistance) and, because of the design, you are able to pour it by hand just like any ol’ bottle. I guess I don’t have to mention that it’s absolutely the most beautiful teapot/lantern that I’ve ever seen- quite different from your average tea set to say the least.

“Designed by architects Stephanie Forsythe and Todd MacAllen in Vancouver, British Columbia, the Float Tea Lantern recently won acclaim at the International Contemporary Furniture Fair in New York City and awards from both UNESCO and London’s The Architectural Review.” These cups are insulated by a rubberband so you can drink your morning OJ or coffee just the same. 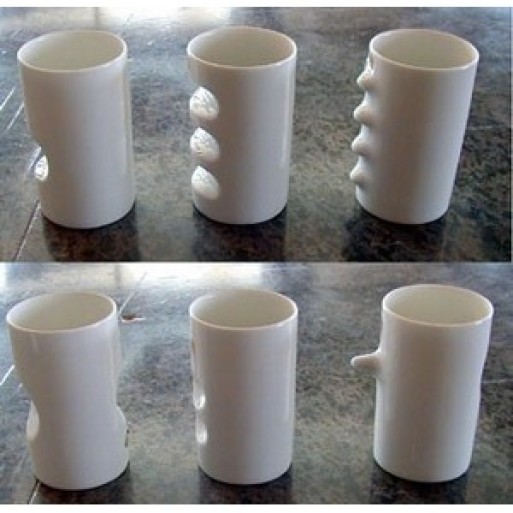 Sold in a set of 6 different designs.